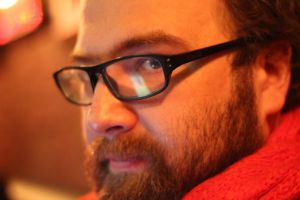 Alexey Turchin (born 1973) is a Russian transhumanist and life extensionist. He has been a member of the Russian Transhumanist Movement since 2007 and is an expert on global risks. Since 2010 he has worked on various topics involving life extension and risk prevention for the Science for Life Extension Foundation. He is an affiliate scholar and contributing author at IEET. He has created several roadmaps about AI risks and the ways to prevent them. With help from Maria Konovalenko, in 2012 he co-founded the Longevity Party, the world's first transhumanist political party. In 2014 he helped organise the first ever street action supporting Google's Calico project towards life extension.[1] His current projects include the Immortality Roadmap in development since 2014.[2] He was a candidate for the Russian Parliament representing the Russian Green Party in the 2016 election.[citation needed]

Turchin graduated from Moscow State University in 1997, where he studied Physics and Art History.[3]