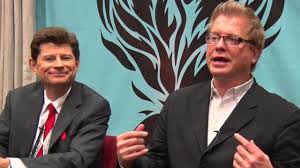 Charlie Kam was Conference Chairman of TransVision 2007. He is Director of Networking for the California Transhumanist Party.[1]

A Chicago native, Charlie is a renowned singer/song writer and entrepreneur as well as a member of the World Transhumanist Association, Immortalist Institute, World Future Society, Singularity Institute, and Alcor. He is best known for his musical parody of Ray Kurzweil’s Singularity, “I Am the Very Model of a Singularitarian” which has been a favorite among transhumanist and futurist community blogs. IEEE Explore magazine compared his song to Kurzweil’s definitive work, The Singularity is Near suggesting that you can just listen to his song if you don’t have time to read Kurzweil’s 600+ word tome.[2]