An existential risk or existential threat is a potential development that could drastically (or even totally) reduce the capabilities of humankind. According to the Global Challenges Foundation a typical person could be five times more likely to die in a mass extinction event compared to a car crash.[1] The Global Priorities Project later issued a retraction of the statement.[2] 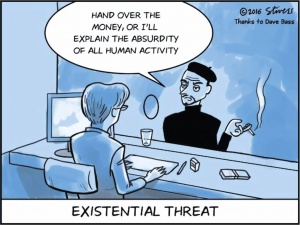 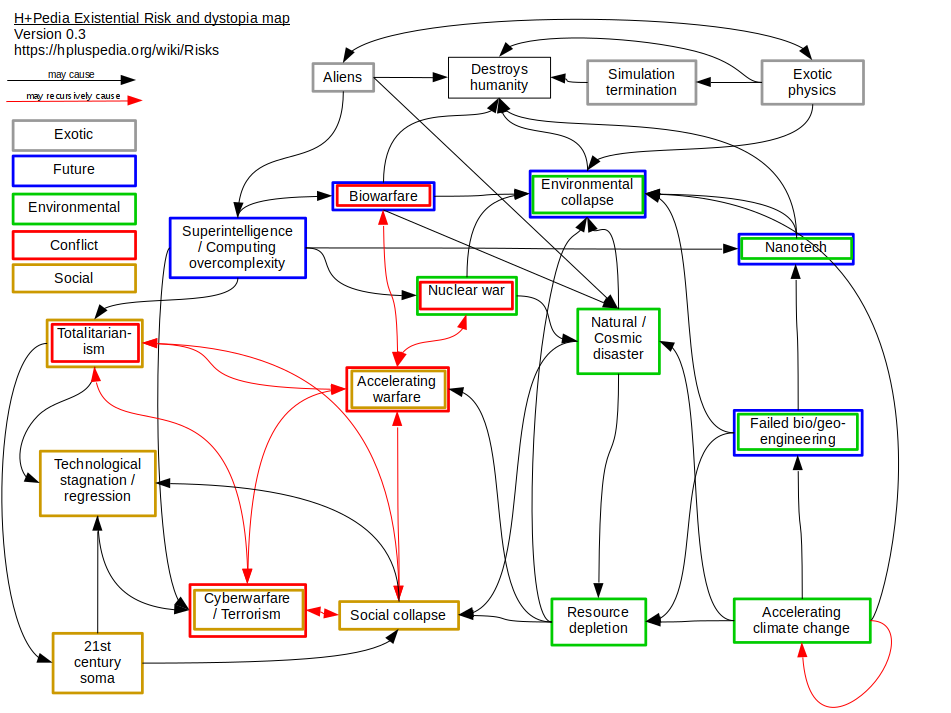