From H+Pedia
Revision as of 21:06, 10 November 2019 by Chad The Humanoid-Goatman (talk | contribs) (Xen maps are now mostly here, with the final maps are mostly to near closely done as of November 2019.)
(diff) ← Older revision | Latest revision (diff) | Newer revision → (diff)
Jump to navigation Jump to search 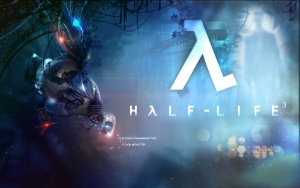 In August 2017, series writer Marc Laidlaw posted a possible script for Episode 3 with swapped character names and genders to his personal blog.[2][3] The story showcases "The Disparate's" technological power with a Dyson sphere, and a character re-instantiated from personality backup.

Recent updates to several Valve games and their associated Software Development Kits have contained references to an apparently separate Half Life VR title, rumored to be a prequel to Half Life 2.[4]

Black Mesa, A fan remake/reimagined of the original Half-Life in the Source engine, was originally released as a mod before transitioning to a commercial game in its own right with the support of Valve Software. Later stages, set in the (reimagined) Xen borderworld, is now mostly complete with the final maps that are still in the late stages.