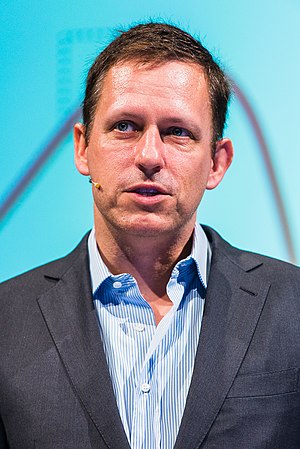 He has expressed interest in exploring potential life-extending effects of parabiosis, the practice of transplanting blood from a youthful organism to an older one.[8]

His political support has leant conservative–libertarian. He also was member of the Party[9] until Trump entered the presidential race. He then switched his membership to the Republican Party and donated in Republican primaries to Donald Trump for the 2016 election.[10][11]

Following the 2016 Trump election victory, he is now acting as a technology advisor to the Trump Administration.[12]