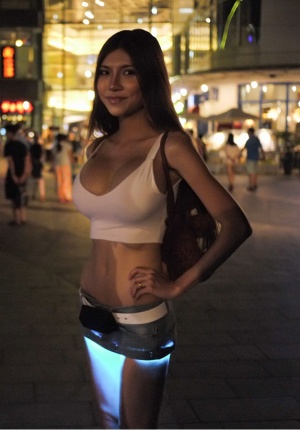 SexyCyborg aka Naomi Wu is the pseudonym of a Chinese hacker and programmer and transhumanist[1] who is involved in 3D printing, clothes, body modifications and modelling. She identifies amongst other things as a cyborg.[2]