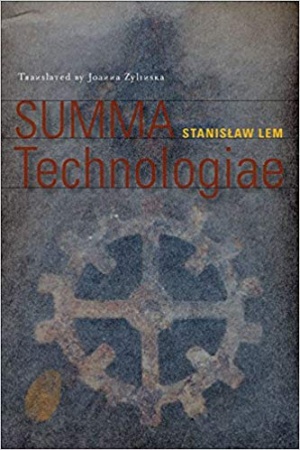 Published in 2013 by University of Minnesota

Summa Technologiae is a book by Stanislaw Lem. Originally published in Polish in 1964. Translated as Electronic Mediations.

"Paraphrasing the author, the book tries to "examine the thorns of roses that have not flowered yet" - in other words, to deal with problems of the remote (and in some cases, not so remote) future. The primary question Lem treats in the book is that of civilization in the absence of limitations, both technological and material. He also looks at moral-ethical and philosophical consequences of future technologies."