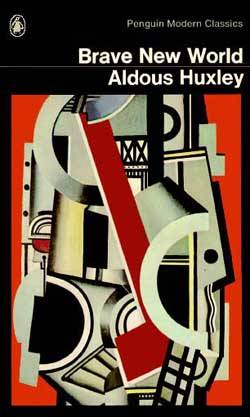 "Brave New World is a benevolent dictatorship: a static, efficient, totalitarian welfare-state. There is no war, poverty or crime. Society is stratified by genetically-predestined caste. Intellectually superior Alphas are the top-dogs. Servile, purposely brain-damaged Gammas, Deltas and Epsilons toil away at the bottom. The lower orders are necessary in BNW because Alphas - even soma-fuelled Alphas - could allegedly never be happy doing menial jobs. It is not explained why doing menial work is inconsistent - if you're an Alpha - with a life pharmacological hedonism - nor, for that matter, with genetically-precoded wetware of invincible bliss. In any case, our descendants are likely to automate menial drudgery out of existence; that's what robots are for."

- From the Stasis essay on Huxley.net[1]