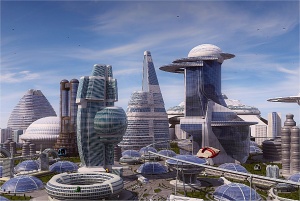 This page collect tips and advice to help local futurist and transhumanist groups:

This document reflects experiences from running UKH+ and London Futurists.

It’s easy to get started

Wherever you live, there are likely other people with an interest in futurist and transhumanist questions living around you. Experience shows that as soon as someone steps forward and says “Hi! I want to arrange a meetings to talk about the future of mankind!”, this always creates interest and people come together. We can be sure that the people are there. The only thing that is needed is to bring them together and get some type of ‘critical mass’, i.e. a handful of individuals who are willing to help coordinate further meetings. Platforms such as Facebook and Meetup make it easier than ever to start a new group.

One way to grow your chapter is by having interesting and inspiring speakers address your meetings. Bear in mind that:

You can often find out about potential speakers by viewing online videos of them speaking at other events.

Perhaps at least 50% of people you approach to speak will decline your invitation. Don't let that fact discourage you - many potential speakers are very busy and/or personally disorganised. However, you need to be prepared to keep trying, with different speakers, and/or more than one messaging channel.

The chair of the meeting has an important role:

The audience will appreciate the opportunity to ask questions to the speaker, and (ideally) to mingle informally with him/her afterwards, so timetable that in advance.

Instead of having a single lead speaker, consider some of the following variations:

Note that these variants require greater amounts of work than having a single lead speaker.

Another variant is to organize a reading group, that works its way, meeting by meeting, through a book, or a pre-agreed set of written material.

Alternatively, each attendee at a meeting should be encouraged beforehand to be ready to say something briefly about a recent news item or online magazine article (such as from hplusmagazine, io9, or singularityhub) that personally caught their attention.

It can be hard to know how large a room to book, to cope with the number of people who will turn up to an event, since this number can be a lot less than the number who pre-register.

The following rules of thumb may be useful:

Rather than just being a discussion forum, some chapters may want to achieve impact via undertaking projects. Possibilities include:

Groups benefit from having a social aspect as well as formal processes. Consider the following possibilities:

Facebook is the easiest way to discover if there are other people with an interest in transhumanism in your country or area. To set up a Facebook page or group costs nothing and takes less than 5 minutes. Add a couple of cool pictures to draw attention, add some friends and post a few news item in the group to make it come to life and then post your group on your wall and in some of the large, existing transhumanism related facebook groups (such as for example Singularity Network or Posthuman Network) and say, “Hey, are there any other transhumanists from my city here? Then please join this local group and we can arrange live meetings where we live!” Then as your FB group gets a membership of more than 20 people, it is super simple just to create an event in the group and coordinate a meeting in your area.

The tool meetup.com has a good track record in helping to grow communities. If you choose the description of your organization carefully, meetup will automatically invite people from the broader meetup.com membership to take a look at your site. If you personally join similar local groups that cover areas adjacent to transhumanism, meetup.com will be more likely to invite members of these other groups to check our your one.

Note that you will have to pay meetup.com regular subscriptions to keep your status valid - at the moment it’s $12 per month so not a killer.

Other ways to publicise your events

Student groups may be able to obtain some funding from their university.

With care, some commercial sponsorship may be obtained.

Should groups appoint a formal board of directors?

(This question needs an answer)

Setting up a group of Advisors

Some pitfalls to avoid

Groups take ongoing attention and support, from their leaders, in order to survive. Don’t burn yourself out by a huge blaze of activity in the first few months, in a way that leaves you unable to continue to look after the group. Plan a series of events for up to six months ahead.

By all means have grand plans for the longer term, but you should anticipate that you will need to take many interim steps of progress, interleaved with periods in which nothing seems to happen (or momentum seems to go backwards).

If you do create a grand vision, be sure to couple it with a roadmap of steps which you plan to take towards that vision.

Moreover, don’t be afraid to revise that roadmap (and the vision) in the light of your experience. (In the business world, this is known as a “pivot”.)

Even in periods in which your group has no formal activities, it’s useful to issue occasional newsletters or other forms of communication, to remind your members about the group, and to help maintain their interest.

If members hear nothing at all about your group, it may drop out of their minds completely.

On the other hand, be careful not to give the impression of spam communication, by repeating the same messages too many times via different media.

An obsession with formalism

Many successful organizations follow a so-called “lean” model, in which formalism is kept to a minimum.

Avoid making rules to cover every eventuality, or obsessing about the minutiae of the language in your documents. Instead, restrict your rules to the things that most influence the effectiveness of your group. This may include:

Successful teams usually incorporate a range of different personality types. However, people who have the self-confidence to embrace outsider views of the future (e.g. transhumanism) in the face of social opposition, often deprioritize the importance of maintaining social harmony. In short, transhumanism has more than its fair share of extreme personalities. This may explain why transhumanist groups have a tendency towards personality clashes and schisms. (It’s the same with many other areas of activism.)

For this reason, it’s useful to include on your leadership team at least some people who have a low personal ego, good empathy, and good bridge-building skills.

Leadership team meetings should review, from time to time, the set of generally approved behaviours. This includes:

Someone who persists with a divisive personality should be:

Poor moderation of discussion within your group

Groups can quickly lose members if their discussions become dominated by loud, aggressive, intimidating, egocentric personalities. This includes cases where participants suffer from personality disorders, or post when under the disturbing influence of drugs.

Moderators need to be ready to step in quickly to:

On the other hand, by means of patient responses, it is sometimes possible to switch people who are initially angry or upset into engaging more constructively. Moderators are therefore advised against bringing down the heavy hand of the law too abruptly.

On occasion, moderators themselves will prove to be too loud, aggressive, intimidating, or egocentric. In such cases, the health of the group as a whole can quickly become compromised. The overall owners of the group need to pay swift attention to any such "failures of moderators to be moderate".

University groups are particularly vulnerable to losing their momentum, if all the organizers leave the university at the same time.

It can be useful to organize joint meetings or projects with other groups that have overlapping visions and goals with yours. Examples to consider include:

To be clear, joint activity doesn’t imply that you share all the goals of the other organization.