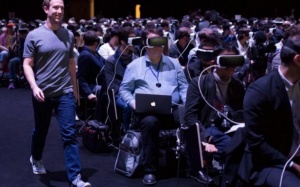 Some conspiracy theorists testify that self-improving artificial intelligences and robots are killing labs full of scientists.[3] Trolls have made up the idea of a secret AI called CAIMEO having escaped from a lab and hiding out on the dark web.

The leaders of MIRI have been implicated as a part of shadowy plots.[7]

The high profile nature of some Silicon Valley libertarians such as Peter Thiel or billionaires like Dmitry Itskov has created a strong public association of oligarchy with the idea for many. This in term plays easily into the hands of conspiracy theorists. 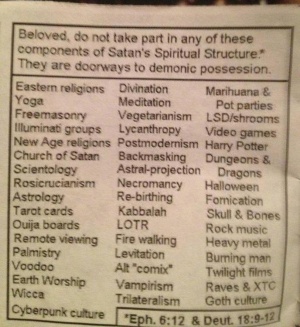 Transhumanism is often presented as an enemy of, or otherwise attacking and infiltrating religion.[9]. Considerable amount of effort by YouTubers such as The Vigilant Christian and Nicholson1968 is expended on these ideas.

Zoltan Istvan comments[10] how Alex Jones refers to transhumanism as the 'New Dark Age' [11] who infers links between global world government, the military-industrial complex and the dehumanisation potential of cybernetic enhancement. Others suggest satanic conspiracies[12] or occult[13] influences from a new world order.

The development of virtual reality has heralded the end of days for some groups.[14]

British conspiracy theorist David Icke has charaterised Zoltan Istvan's campaign as 'promoting the end of humanity'.[15] Other religious critics have compared him to the anti-christ.[16]

Dan Brown's Inferno features a transhumanist who is secretly some kind of super villain.