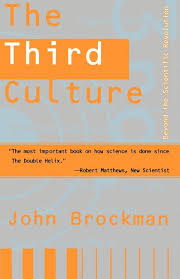 Edge.org was launched in 1996 as the online version of "The Reality Club" and as a living document on the Web to display the activities of "The Third Culture." Edge is a conversation.

"The ideas presented on Edge are speculative; they represent the frontiers of knowledge in the areas of evolutionary biology, genetics, computer science, neurophysiology, psychology, and physics. Some of the fundamental questions posed are: Where did the universe come from? Where did life come from? Where did the mind come from? Emerging out of the third culture is a new natural philosophy, founded on the realization of the import of complexity, of evolution. Very complex systems, whether organisms, brains, the biosphere, or the universe itself, were not constructed by design; all have evolved."

- From the Website's About page[1]