Extrobritannia has supported transhumanism in the United Kingdom since 2002. It existed:

Extrobritannia was created and managed by Fabio Albertario and Julian Snape.

As meetings grew in size, new venues were adopted: 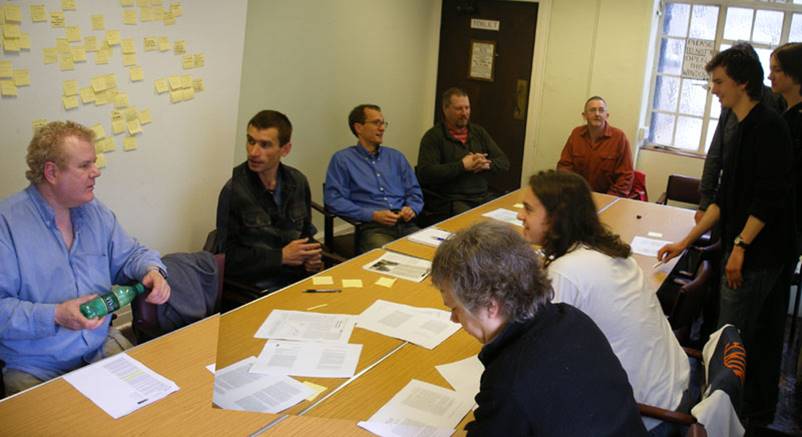 This picture shows an Extrobritannia meeting in Conway Hall from around 2006, on the subject of the Longevity dividend. It is included from a PowerPoint presentation by Anders Sandberg.

As several of the original organisers moved away from London, meetings were held less frequently. David Wood, who had been attending Extrobritannia meetings since 2005, volunteered to organise a number, and set up the UKH+ group on Facebook for increased publicity. From March 2009, these meetings were also publicised via the London Futurists meetup group.

Transhumanist activities in the United Kingdom prior to Extrobritannia include the following: