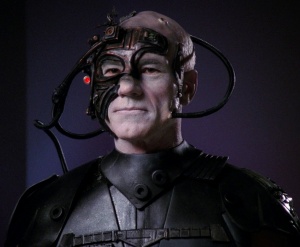 Hive mind (sometimes referred to as a borganism, or collectively "borganisms") is the term used to represent more than one brain connecting to another.

Hive mind is similar in its scope to what Michio Kaku describes as the Brain Net, although the term "Hive Mind" may have more negative connotations. A hive mind may function collectively as a form of posthuman transhumanism, though individual members are typically simply transhuman.

In popular culture, the term "Hive mind" is often used as a negative term to mean people who can't think for themselves. Technolibertarians characterise proponents of the Hive mind (borganism) are as borganists. A borganist can be described as; "a form of Technoprogressive who is open and honest about advocating for assimilation of all individual human beings, Human Uploaded Minds, and Artificial Intelligences into one globe spanning Hive Mind." [1]