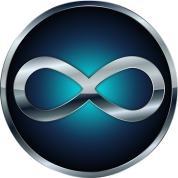 Immortalism – also known as amortalism,[1] contemporary immortalism or scientific immortalism – is an ideology based on avoiding death. Max More defines an immortalist as one who "believes in the possibility of, and who seeks to attain, physical immortality", in contrast to a longevist, whom he describes as not necessarily desiring immortality.[2]

Usage of the term

From the 18th century to the 1960s, "immortalism" referred mainly to the belief in the immortality of the soul.[3] The Merriam-Webster dictionary defines the term as "a doctrine of or belief in the soul's immortality".[4] The Ism Book by Peter Saint-Andre describes "immortalism" as the "belief that human beings (or, more precisely, their souls) survive after death."[5]

However, after the 1967 publication of The Immortalist, a journal by the Immortalist Society, use of the term "immortalism" came to mean advocacy of extreme life extension.[3] In 1969, a book also titled "The Immortalist" was published, increasing the term's popularity.[3]

Life-extensionist Maria Konovalenko calls scientific immortalism "a worldview based on the striving to avoid physical death or, at least, to postpone it to the maximum with the help of the achievements of exact, natural, and technical sciences."[6] Academic Gregory Jordan says that contemporary immortalism "argues that scientific and technological solutions to the problem of death can be found, thus questioning the inevitability of death."[7]

Transhumanist philosopher Max More defines an immortalist as one who "believes in the possibility of, and who seeks to attain, physical immortality".[2] Historian Ilia Stambler writes that "those who envision virtually no potential limit to the human life-span may be categorized as 'immortalists.'"[3]

A sometimes preferred term is "indefinite life extension" to avoid the negative connotations of "immortalism".

Immortalism tends to be distinct from the more mainstream softer concept of cultural immortalism.