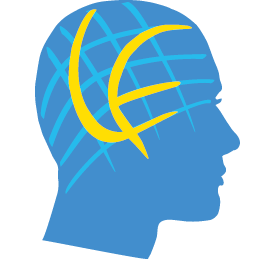 London Futurists is a an London based educational and networking organisation based around futures studies and transhumanism across a range of disciplines.

The organisation was initiated in 2008 by David Wood, originally under the name UKH+[1], and grew out the now mostly defunct UK Transhumanist Association which had been holding comparable events since 2004.[2] It holds regular events at Birkbeck College.

London Futurists acts as the UK Chapter of Humanity+.

The London Futurists website sets out the purpose of the organisation as follows:

The next few years are likely to bring unprecedented change. Humanity is facing:

Major developments are gathering speed in fields such as nanotechnology, genomics, regenerative medicine, brain sciences, ubiquitous computing, artificial intelligence, robotics, and geo-engineering. These developments are going to be very exciting – but also potentially very dangerous. At one extreme, we might witness a “singularity” convergence of new technologies, via the emergence of networked artificial intelligence that significantly exceeds human capability and comprehension.

Thanks to technology, we seem poised to gain god-like powers, such as super-intelligence and super-longevity. But at the same time, we risk losing sight of our humanity, and destroying everything that we used to hold dear.

There are many interconnections between technologies, economies, the environment, politics, cultures, and philosophies. We cannot predict with any certainty how these interconnections will unfold. We must consider, not just one possible scenario for the future, but many.

Hence the mission of London Futurists: Serious analysis of radical scenarios for the next 3-40 years.

We aim to set aside hype and sensationalism, over-optimism and over-pessimism. We want to explore and highlight information about future scenarios that is trustworthy and clear. This information can guide our actions, individually and collectively, as we seek to find our place in the future, and even to help create that future.

So, let’s pool our best insights into what’s technically feasible, and what’s desirable. Given the gravity of the changes that may soon befall us, it’s well worth debating, beforehand, what we can do so that technology deeply enhances humanity rather than deeply diminishes humanity.

Various full-day events on future scenarios have been held:[3]

Members of London Futurists featured in a series of photographs taken by David Vintiner under the theme "Step Into The High-Tech World Of London's Futurists":[4]

The subjects in photographer David Vintiner's new series Futurists are politicians, scientists, inventors and, in one case, a certified cyborg. Their interests range from virtual reality to transhumanism, but all of them have one thing in common: a desire to better society through experimental technologies and innovation.

"I thought this group was really intriguing, and as I started to research them, I found that it's so diverse," Vintiner says. "It's a big topic, the future. But they're all also interested in improving human experience."

Vintiner and his collaborator Gemma Fletcher, who provided art direction for the images, started out the series photographing members of the London Futurists, who in turn introduced them to other like-minded individuals. Some, such as transhumanist Anders Sandberg, analyze and study the future as a profession. Others are hobbyists, like Andrew Vladimirov, who invented a DIY "brain hacker" using electrical currents, magnetic fields and lasers, that can alter his moods and state of mind.