Long Long Life is a transhumanist, pro-longevity organisation that focuses on anti-aging research since 2017, at the initiative of Dr Guilhem Velvé Casquillas.

Located in Paris, France, Long Long Life maintains a website (Long Long Life), both in English and in French, that aims to develop a better knowledge of the biology of aging for the general public. The website offers reviews on specific topics related to the biology of aging, science news in the field, and fact sheets on anti-aging supplements and treatments. 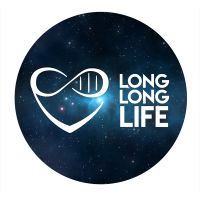 Long Long Life is a transhumanist, anti-aging and pro-longevity resource on the biology of aging.

Long Long Life exists at the initiative and thanks to the resources of Dr Guilhem Velvé Casquillas. As a French organisation, it has ties to the AFT Technoprog[1], as well as a few international organisations such as Fight Aging[2] or LEAF[3].

Long Long Life started out as a transhumanist anti-aging website in January 2017, at the initiative of Dr Guilhem Velvé Casquillas and two other co-founders[6] equally interested in the fight against aging. All three funded the organisation which started releasing news articles to broadcast the breakthroughs of anti-aging research, as well as a few articles on transhumanism and on the biology of aging, especially through the 2011 "Hallmarks of Aging" review from Cell.

In the second half of 2017, Long Long Life had developed a social media presence (Twitter, Facebook, Linkedin) and opened a Youtube channel to broadcast transhumanist events such as Transvision 2017. More articles started to come out and the community around the website started to grow.

In 2018, the Long Long Life website featured a weekly translation into French of the Fight Aging newsletter, before having to pause the project after 6 months due to lack of resources. At the same time, activity was picking up and Long Long Life contributors started to write guest posts for sister transhumanist organisations such as LEAF.

In the fall of 2018, the Long Long Life website branched out from purely scientific articles to a wider range of content, by opening a new section of op-ed pieces on transhumanism and longetivism.