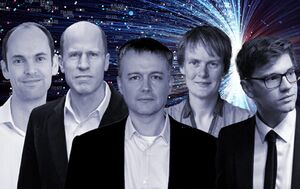 Longtermism is a moral framework advocating ideas around the prioritisation of potential futures as a moral priority. It has both advocates and critics.

Effective altruist founder William MacAskill[1] coined the term "longtermism" in 2019 as a moral framework that suggests positively influencing should be a key moral priority in our time.

Since 2021, existential risk researcher Phil Torres has developed a critique of this framework, consolidating many of his pre-existing criticisms of futurist circles in his essay 'Against longtermism'.[2]

Torres, who describes himself as a "former longtermist"[3] and is a published futurist[4] is concerned about increased following of Nick Bostrom and other influential figures such as Elon Musk in recent years.

Requestion of climate change[3] as an existential risk by Silicon Valley tech entrepreneurs is attributed to a "adherence to the longtermist ideology".

Torres is critical of the idea that an individual premature death of a great thinker measured in "potential" can be scaled up to the totality of humanity itself into the future. Such calculations may quickly end up grossly valuing a huge number of future human lives potentially over existing lives.[3]

Similar exponential calculations can be applied to persons with great potential who fail to achieve it.

This is described as:

This is the central dogma of longtermism: nothing matters more, ethically speaking, than fulfilling our potential as a species of ‘Earth-originating intelligent life’. It matters so much that longtermists have even coined the scary-sounding term ‘existential risk’ for any possibility of our potential being destroyed, and ‘existential catastrophe’ for any event that actually destroys this potential.

Torres argues the argument that technological developments are "morally neutral" as a defense is dangerous, comparing it to the NRA slogan "Guns don’t kill people, people kill people".

Transhumanism and futurism in this context is characterized as overly potential-focused on topics such as expansionist space exploration or individualistic human enhancement projects.

Post human scenarios with huge simulations of people allow the future value of civilization to even further levels of irrefutable enormity.

Utilitarianism and contemporary effective altruism is criticized on familiar grounds of hedonism, the repugnant conclusion of population and happiness and being focused on people as containers of value rather than having intrinsic worth.

It is argued such a calculations about personal potential and future civilization can devalue for example, people in the global south critically threatened by climate change as irrelevant in a trillion year cosmic context.

Saving lives in poor countries may have significantly smaller ripple effects than saving and improving lives in rich countries. Why? Richer countries have substantially more innovation, and their workers are much more economically productive. [Consequently,] it now seems more plausible to me that saving a life in a rich country is substantially more important than saving a life in a poor country, other things being equal

Bostrom has characterized calamities such as AIDS, the Holocaust as 'mere ripples' in the context of existential risk.

Torres is concerned this attitude of the "greater good" is a common theme in past atrocities, such as in wartime, under totalitarian regimes or for nebulous "national security" pretexts. Indeed Bostrom has advocated for a global surveillance network[6] to prevent an omnicidal terrorist attack destroying civilization and in favour of interventionist wars in the defense of perceived existential threats.

Imagine a situation where the head of the CIA explains to the US president that they have credible evidence that somewhere in Germany, there is a lunatic who is working on a doomsday weapon and intends to use it to wipe out humanity, and that this lunatic has a one-in-a-million chance of succeeding. They have no further information on the identity or whereabouts of this lunatic. If the president has taken Bostrom’s argument to heart, and if he knows how to do the arithmetic, he may conclude that it is worthwhile conducting a full-scale nuclear assault on Germany to kill every single person within its borders.

Fundamentally, Torres believes technology is far more likely to cause our extinction than to save us from it.