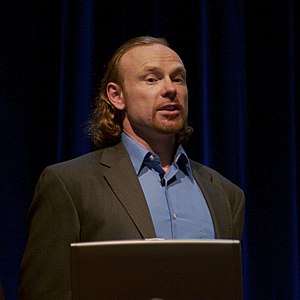 Max More is a transhumanist, founder and thought leader in the extropian movement. In his history of transhumanism, Nick Bostrom credits More's 1990 essay Transhumanism: Toward a Futurist Philosophy with introducing the term “transhumanism” as it is now understood.

More founded the Extropy Institute in 1991. The institute existed primarily online and sustained operations until 2006. In 1995, More obtained his doctorate from the University of Southern California with the dissertation The Diachronic Self: Identity, Continuity, and Transformation. In 2011, Max More became president and CEO of the Alcor Life Extension Foundation, a cryonics organization he joined in 1986.