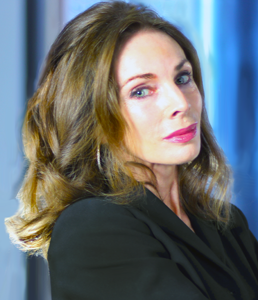 Natasha Vita-More PhD is founder of Transhumanist Studies and former Graduate Studies Department Chair and Professor of Innovation, Ethics and Communication at UAT (2012-2020). Her experience in the field of foresight establishes principles and practices for assessing humanity's potential futures. Her proficiency as a professor of ethics has produced high-level scholarship toward understanding the challenges societies face.

Known as the co-founder of the transhumanist movement, introducing the seminal field of human enhancement for longevity in academics, developing the theory of the regenerative generation, Natasha continues to speak and write about cultural, philosophical, and socio-political issues concerning what it means to be human, and the need for lifelong learning to better understand the current environment and our place in it and to develop trajectories for where we are headed in the near and distant future.

She is the author and co-editor of The Transhumanist Reader, innovative designer of Primo Posthuman the first future human body prototype, developed a scientific breakthrough on long-term memory and neuron preservation of C. elegans, and an international speaker on human enhancement, longevity, and humanity's future. She is Executive Director of Humanity+ and former faculty at the University of Advancing Technology. She holds a Doctor of Philosophy (University of Plymouth, UK), Master of Philosophy (School of Engineering, Communication and Technology, University of Plymouth, UK), and a Master of Science in Future Studies (Social Science & Humanities Department, University of Houston, US).

Dr. Natasha Vita-More wrote the "Transhuman Statement" in 1983, whcih later became "The Transhumanist Manifesto (1998, 2019), hosted and produced "TransCentury UPdate" cable TV show in 1988-1994, and developed Transhumanist Arts & Culture in 1992 She has been an advocate of radical life extension for many years. Natasha was in a romatic and professional relationship betweem 1983 and 1991 with FM-2030. She was the point person for his cryonic suspension, which she fought for on his behalf, against odds due to the lack of understanding of cryoncis by his caretakers at his death cryonic suspension in 2000. Today she is married to Max More, the former CEO and President of Alcor and current Ambassador and President Emeritus. Together, they pioneered the worldwide movement of transhumanism.

In 1983, after authoring the transhumanist manifesto, she developed events in the Los Angeles that focused on life extension. In 1986, she produced and was host of TransCentury UPdate, a cable TV show on the future. In 1992, she signed up for cryonics.