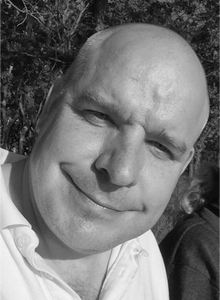 Nick Gogerty is the founder of Thoughtful Capital Group, a value research and portfolio allocation consultancy firm based in Greenwich, CT USA. He is a specialist in emerging technology, economics and behavior. He has held senior technology and innovation roles at Starlab, an advanced European research institute modeled on the MIT Media Lab​, various startups, and one of the world’s largest hedge funds. He is inventor and founder of solar energy reward​ cryptocurrency SolarCoin and its distributed blockchain backbone, ElectriCChain.

From 1996–2001 he served as Chief Analyst at “Deep Future” multidisciplinary research institute Starlab in Brussels, Belgium. Previously, he worked as a senior business analyst at one of the world’s largest global-macro hedge funds, Bridgewater Associates​. He has been involved in risk analysis, forex trading, and software development for more than twenty years. He co-founded, and was CTO of @healthcoin, a project for using economic incentives to reduce the global diabetes epidemic.

Gogerty is founder of SolarCoin​, a global solar energy reward system. The multibillion dollar blockchain solution for rewarding global solar energy production works as a token that represents kilowatt hours of solar energy that can be traded on the any cryptocurrency exchange. The initiative has been recognized by the United Nations​ and the International Renewable Energy Agency​ as the lowest carbon currency, the largest environmental monitoring experiment, and the largest private renewable energy project in the world

In 2016 he cofounded ElectriCChain—the distributed swarm intelligence, Internet-of-Things SolarCoin blockchain backbone—together with fellow Starlab alumnus, commercial astronaut Christopher Altman​, joined by solar energy advocates Luke Johnson and François Sonnet. To date, the project has granted more than 8 million MWh of solar power across 62 countries—enough to power the city of Amsterdam and its residents for a full year.

Gogerty has worked as a quantitative developer and trader on a proprietary foreign exchange desk in London, and has been a serial entrepreneur in convergence spaces between technology and media. As an analyst in finance and technology, he has worked for some of the largest banks and hedge funds in the world, serving as an advisor to the UNEP, UNDP, UNFCCC and G20. His concepts for applying blockchain enabled nanogrids for developing country economic development won an award at the UN COP22 talks in 2016.

He is a published author, multiple international prizewinner, and guest lecturer on the subject of value investing. Columbia University published his book, The Nature of Value, which explains how innovation and economic processes are an evolutionary process.

He is currently Chief Strategist at Lykke Corp and an Associate and Portfolio Manager at Fertilemind Capital, focusing on technology and clean energy in New York.

He received a B.A. in Cultural Anthropology from the University of Iowa in 1993 and M.B.A. in Hedge Fund Optimization at ENPC School of International Management in 1997.