From H+Pedia
Jump to: navigation, search
Shifting Stories Shifting Realities. Shifting Realities, Part 3. Phil and Stephen attempt to reverse-engineer the Mandela effect by looking at news stories and trying to figure out which narrative best explains them. Can we change our reality by changing the story we tell ourselves about what reality is?[1] 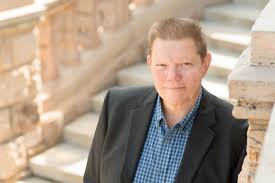 Phil Bowermaster is a futurist and co-host of the popular Internet radio and YouTube series The World Transformed.

"Via books, articles, podcasts, and speaking engagements, Phil outlines the convergence of information and society that is driving disruptive change. He helps leaders and their organizations develop strategies for managing accelerating change. He shows how imagination, optimism, empathy, and humor can make all the difference in both understanding and making the most of the powerful currents of change we face."

- From the About page at World Transformed.com[2]

Fast Forward and The World Transformed

"A convergence of emerging technologies and emerging possibilities is at the heart of this, the greatest period of transformation in human history. Our world is changing in ways that are hard to predict...sometimes even hard to imagine. The World Transformed is your guide to an astounding future that lies ahead -- and that will be here sooner than you think!"[3]

Better All the Time

Sometime in mid-2018, the title of the YouTube channel was changed to Better All the Time.[4] The reason for the name change was mostly to avoid confusion over a political event in the UK also called The World Transformed. "TWT is a 4-day politics, arts and music festival running alongside Labour Party Conference." [5]

Visions for a World Transformed: 99 Ideas for Making the World a Better Place — Starting Right Now