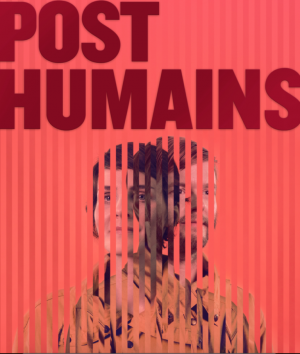 Post Humains is a documentary theatre play with some fictive elements that tells the story of Dominique Leclerc's quest to improve her chronic disease and dependence to obsolete pharmaceutical tools which would lead her to discover groups of biohacking, transhumanism, cryonics and various other ideas associated with these communities and philosophies, that is to say groups that are interested in using and developing technologies to radically improve the human condition. It doesn't take a strong stance on those philosophies but rather approaches those questions with nuance. It is a work intended to communicate those ideas to the general public and in French. They had some representations in 2018, they toured Quebéc in 2019, and they also participated to the Festival International New Drama in Berlin in 2019.