There are various common arguments against life extension with greatly differing levels of credibility.

Another original infographic from Deku-shrub. This was inspired by the low quality of discourse and advocacy for life extension I've experience online and offline. Many people have attempted to straw man opposition to life extensionism as 'only deathists' or 'only religious crazies' when the individualistic, social and biological/technical views expressed are actually numerous.

Understanding the breadth of issues leading towards scepticism towards life extensionism or similar terms is crucial to move towards more effective discussion. 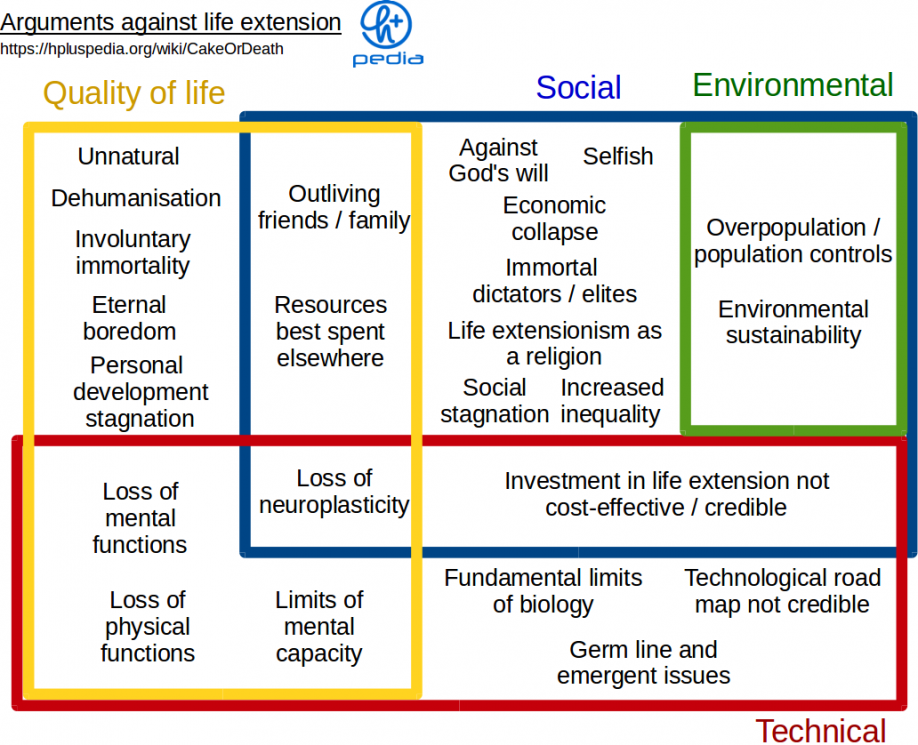 Quality of life - Many people feel rightly or wrongly that an extended life would be of lower quality than under a traditional lifespan. A character in Blade Runner quotes the chinese philosopher Laozi "The light that burns twice as bright burns half as long" to imply a shorter life can be more fulfilling.

Social - Many feel society is not yet ready, or may never be ready for longer life spans for numerous different reasons.

Environmental - A specific class of social issue is that of the impact on the environment.

Technical - Due to the many biological and technological limits of contemporary medicine in effectively treating age-related ailments, many feel these challenges may never be overcome.