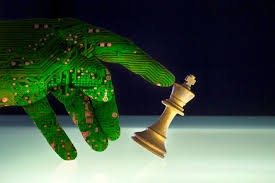 Artificial general intelligence (AGI) is the intelligence of a machine that could successfully perform any intellectual task that a human being can. The AGI may be super intelligent.

This is a conversation with Steven Pinker as part of MIT 6.S099: Artificial General Intelligence. This class is free and open to everyone. Our goal is to take an engineering approach to exploring possible paths toward building human-level intelligence for a better world. Steven Pinker is a professor at Harvard and before that was a professor at MIT.[2]