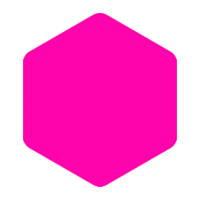 Transhumanist UK, formerly known as the Transhumanist Party of the United Kingdom is a UK-based organisation with the stated goal of "positive social change through technology"[1].

Transhumanist UK is a registered political party, but has no current plans to stand any candidates in any elections. Instead, the organisation is committed to raising awareness of the relevance and practicality of transhumanist insights, for the task of building a substantially better future for everyone in the UK:[2]

So long as the voting system in the UK remains "first past the post", the prospects are poor for any new political party to gain more than a token number of votes in any constituency in an election. As a comparison consider the Renew Party, with its well-developed national infrastructure, regular mailshots, and numerous interesting policy initiatives. In the UK General Election in December 2019, Renew stood candidates in four constituencies. These candidates received between 119 and 151 votes each, that is, from 0.2% to 0.3% of the votes cast in the various constituencies.

Transhumanist UK maintains its status as an official political party in the UK, registered with the Electoral Commission, but has no plans for stand candidates in any election in the foreseeable future. Instead, Transhumanist UK will advance its goals by regularly publishing articles, graphics memes, audio podcasts, and videos that apply transhumanist understanding to the issues and opportunities facing the UK.

In this way, Transhumanist UK is committed to raising awareness of the relevance and practicality of transhumanist insights, for the task of building a substantially better future for everyone in the UK, in line with the RAFT 2035 goals.

Initial policies were developed firstly from the Wave organisation, then through the Institute for Social Futurism prior to the success of Zoltan Istvan with the transhumanist party brand.[5]

The party held its first AGM in October 2015 where its first batch of policies were ratified. The following statement was agreed by a vote at the AGM:[6]

In November 2016 the party announced[8] that two of its founders had resigned their roles - Amon Twyman and Dirk Bruere:

The party announced in April 2017[9] that it was sponsoring a prize challenge during April and May 2017 for the best H+Pedia contributions on the topic of New Social Contract.

In January 2019 the party announced that Mathieu Gosselin and David Wood would take over as co-leaders[10].

In January 2020 the party announced another update:[11]

From June 2020 the organisation:

Noting the fact that initial reporting of the Wuhan Coronavirus had been suppressed by local authorities, and commenting on recent treatment of journalists by the UK's Conservative government, the party issued a call "for open, truthful politics"[14] :

The party welcomed the publication[15] of the RSA’s report “Creative citizen, creative state: the principled and pragmatic case for a Universal Basic Income”:

The party criticised[16] the Psychoactive Substances Bill in the UK parliament:

The party congratulated[17] the UK Human Fertilisation and Embryology Authority on its foresight in allowing gene editing of embryos: