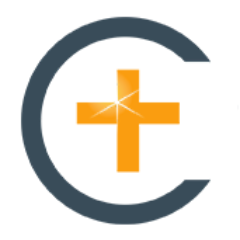 Christian transhumanism is a type of religious and spiritual transhumanism, combining and incorporating elements of Christianity with the technological promises of transhumanism.

The earliest known use of the term "transhuman" appears in the religious work of Dante Alighieri, The Divine Comedy:

Words may not tell of that transhuman change: And therefore let the example serve, though weak, For those whom grace hath better proof in store" (Divine Comedy, Paradiso, Canto 1)[1]

The modern use of the term "transhuman" appears to trace back to Jesuit priest and paleontologist Pierre Teilhard de Chardin, who used it at least as early as 1949.[2]

Teilhard developed the concept of the Omega Point at least as early as the 1930s.[3] The Omega Point is widely regarded as anticipating the development of the internet and the technological singularity.[4] Teilhard de Chardin's work The Phenomenon of Man, which describes the Omega Point concept in-depth, was published in 1955, with a forward by his friend Julian Huxley.[5] Julian Huxley is often considered the father of modern transhumanism.

More contemporary writings in this area date to the earlier days of the internet.[7][8] Ultimately this would lead to the foundation of formal Christian transhumanist organisations from 2006.

A call for interest in a Christian Transhumanist Association was issued in 2013, leading to its formal recognition as a 501c3 non-profit in 2015.[9]

A 2013 article in The Catholic World Report discussed, "The Surprising Spread and Cultural Impact of Transhumanism" with a range of responses from support for medical and health advances, through to a strong distrust of genetic therapies.[10]

Advocates of building bridges between Christianity and transhumanism include former Humanity+ Board member Giulio Prisco, as covered in his 2016 article "Christianity and Transhumanism Are Much Closer Than You Think" and his forthcoming book "Tales of the Turing Church".

Former Christian Meghan O'Gieblyn reviews the relation between Christianity and transhumanism in her essay "Ghost in the Cloud: Transhumanism’s simulation theology".