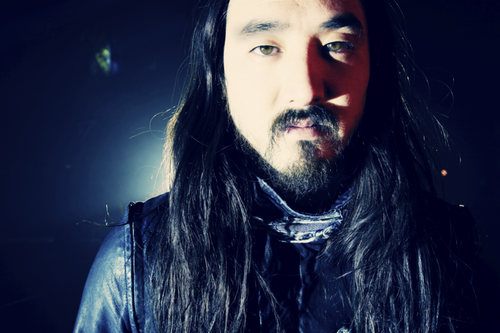 Steve Aoki is an American house DJ and Musician and is known in transhumanist longevity circles as a major advocate of life extension.[1]

On his 2014 album: "Neon Future I" both Ray Kurzweil and Aubrey de Grey are featured on the first and last song respectively.[2]

Steve Aoki has his own charitable fund. The fund is described as:

The Steve Aoki Fund's primary goal is supporting organizations in the brain science and research areas with a specific focus on regenerative medicine and brain preservation. Our vision is to one day see a world where degenerative brain diseases do not exist and science and technology play a direct role in extending the healthy lives of ourselves and our loved ones. The Fund also supports humanitarian causes dear and near to DJ/Producer Steve Aoki such as disaster relief and animal-rights.[3]

Steve is set to appear in a documentary about his life titled; "I'll sleep when I'm dead." [4]