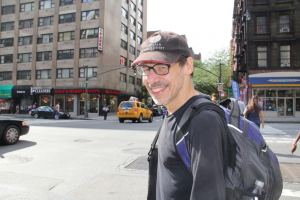 Steve Fuller is a Auguste Comte Professor of Social Epistemology in the Department of Sociology at the University of Warwick, UK. Originally trained in history and philosophy of science, Fuller is best known for his foundational work in the field of ‘social epistemology’, which is the name of a quarterly journal that he founded in 1987 as well as the first of his more than twenty books. [1]

"Virtual Futures presents Prof. Steve Fuller to dicuss how the post-truth world-view is deeply rooted in the history and philosophy of religion, politics and science. The defining feature of ‘post-truth’ is a strong distinction between appearance and reality which is never quite resolved and so the strongest appearance ends up passing for reality. The only question is whether more is gained by rapid changes in appearance or by stabilizing one such appearance. Post-Truth plays out what this means for both politics and science."[2]