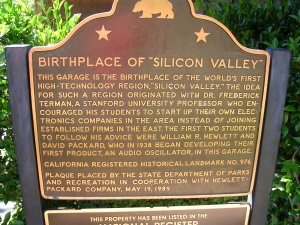 The Californian Ideology is a 1995 essay by English media theorists Richard Barbrook and Andy Cameron of the University of Westminster.

"There is an emerging global orthodoxy concerning the relation between society, technology and politics. We have called this orthodoxy `the Californian Ideology' in honour of the state where it originated. By naturalising and giving a technological proof to a libertarian political philosophy, and therefore foreclosing on alternative futures, the Californian Ideologues are able to assert that social and political debates about the future have now become meaningless.

- From Mute Magazine - We gladly feast on those who would subdue us.[1]