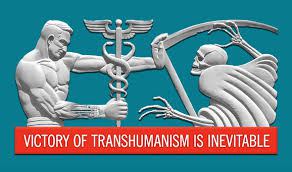 What is 'victory'? Why is it inevitable? 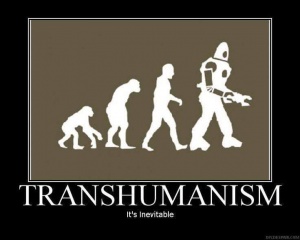 Transhumanist inevitablism or determinism refers to holding a strong belief or certainty about a transhumanist future.

Many transhumanist believe that—with exceptions around areas such as existential risk—that the future is highly likely to be a transhumanist one.

Eve Herold argues in Beyond Human: How Cutting-Edge Science Is Extending Our Lives, that 'small-t transhumanism', aka transhumanist trends not overtly associated with the movement, are conventionally mainstream, and this does support this argument with a high degree of certainty.[1]

David Wood has criticised 'inevitabilism' as a form on techno-utopianism, discouraging important conversations about politics, bioethics or philosophy. As such it ignores certain dystopian scenarios.

The biggest bug-bear to my mind, is that in some futurist circles - the biggest thing that I'm trying to oppose - is the view that it's all going to happen automatically, that we have no influence over it. That there are these "iron laws" of the future that say "all we can do is observe" and perhaps cheer on from the sidelines, applaud and slap each other on the back for being a part of this. But it is extremely likely that many of these scenarios if left ... disappointing outcomes, very bad outcomes in fact. So we must get beyond this inevitablism and we must look at the whole range of scenarios.

Ted Peters has criticised transhumanist inevitablism as a critique of progressivism.[3]

What is the problem with "progress" from a theological point of view? Reliance on a doctrine of progress especially utopian progress - is that is less than realistic. It fails to recognize the persistence of ambiguity. It fails to recognize that every technological advance is subject equally to both human improvement and destruction. No amount of technological progress can perfect the human condition

Other bloggers have been critical[4] of technological utopianism and inevitablism:

2. Uses the term Luddite a-historically and as a casual slur

5. Starkly and matter-of-factly frames the case for assimilation

6. Announces the bleak future for those who refuse to assimilate